Today’s contribution to the blog event comes from Pete Wolfendale of the always interesting Deontologistics blog. 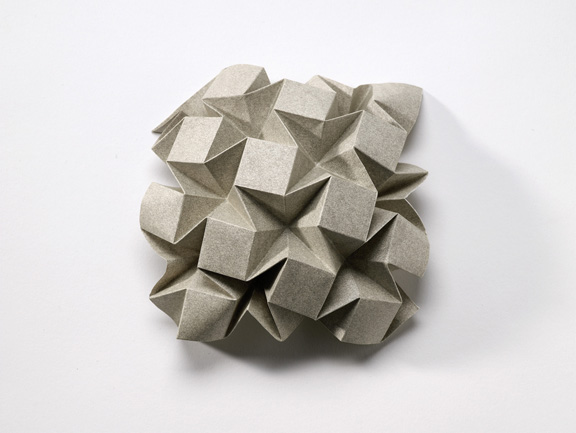 Pete Wolfendale, Science, Metaphysics and the A Priori / A Posteriori Distinction

The question that we have been posed is that of the relation between metaphysics and the natural sciences. In particular, we are tasked with squaring the relative autonomy of metaphysics in relation to natural science with the fact that they in some sense share the same object – the world as it is in-itself. This is a difficult task, and it cannot be satisfactorily completed here. However, it is possible to sketch an answer to the question, and to defend it against a few important objections, if not all possible ones. This is what I propose to do here.

However, this provisional sketch is too simple. This is because it does not yet adequately distinguish natural science from other forms of epistemic endeavour. There are discourses devoted to establishing what is in the ethical, political, aesthetic, and mathematical domains (to pick a few), in addition to those concerned with the natural domains (paradigmatically the physical, chemical and biological). We will solve this problem by discriminating between these various discourses on the basis of the kind of truth they aim at, which will in turn be distinguished by the kinds of reasons they allow. To this end, we will draw two distinctions.

First, we will distinguish between those discourses that aim at objective truth (mathematical and natural science) and those that aim at non-objective truth (ethics, politics, aesthetics, etc.). In all discourse, making a truth claim involves withdrawing one’s authority over whether one’s claim is true by undertaking a responsibility to justify one’s claim by providing reasons for it. However, this does not necessarily withdraw others’ authority over whether it is true or not, meaning that claims about others’ attitudes can potentially be deployed as reasons in justifying claims. In such cases the withdrawal of authority is relative. It is only in cases where the withdrawal of authority is absolute, where claims about attitudes aren’t permissible, that a discourse is objective. In such cases, all our claims, and the concepts that are deployed in them, are open to revision in the process of giving and asking for reasons.

Second, we will distinguish between discourses that aim at strong objective truth (natural science) and those that aim at weak objective truth (mathematical science). This is because the process through which this revision takes place is different in each case. It is the primacy of empirical observation which makes natural science strongly objective in contrast to mathematical science, in which there is nothing comparable. This is because empirical observation enables us to give some form of authority over the truth of our claims (and the adequacy of our concepts) to the objects that they represent. For example, the process of integrating our empirical observations of electrons into a coherent theory has forced us to revise our concept of electron (our understanding of what electrons are). We are still talking about the same things that Rutherford was, but our understanding of them has shifted and mutated in ways that were unpredictable at the time. By contrast, although there is most definitely theory development, conceptual change, and even axiom revision in mathematics, this is not because we give any direct authority to the mathematical objects it represents. There is much more to this distinction, but this will have to suffice for now.

We now have a picture of metaphysics as continuous with natural science, but it threatens to collapse the distinction between them entirely. It is indeed the case that on this view, metaphysics becomes part of natural science as an ideal discourse, if not as a concrete social enterprise.  However, it is still possible to retain a certain relative autonomy for metaphysics. To show this we must unpack a bit more of the structure of metaphysics itself. So, what exactly does inquiring into the real structure of the Real involve?

In short, it involves interpreting the formal structure of the Real. Without getting too technical, the best way to understand this is to break down metaphysics into a series of related questions. We won’t provide an exhaustive list of such questions, but here are a few exemplary ones:

Now that we have a very brief account of what metaphysics involves, we are in a position to see the balance between continuity and autonomy in the relation between metaphysics and natural science. The continuity consists in the fact that metaphysics is already implicit in the scientific enterprise. Natural science always proceeds with some implicit understanding of what entities are, what essence is, what causality is and so on, and this implicit understanding is itself subject to revision in the ongoing process of scientific inquiry, in more or less explicit ways. Einstein’s work fundamentally challenged our implicit metaphysical understanding of space and time, and the subsequent developments in physics have raised serious questions regarding how to understand causality. The Darwinian revolution in biology has forced us to rethink the very way in which we understand the idea of types, and thus the notion of essence. In addition, dynamic systems theory has provided us with alternative ways to conceive of the modal features of entities, and its development and extension in the field of complexity theory is forcing us to rethink our understanding of part-whole relations.

Metaphysics is already present in natural science, it just hasn’t been made explicit as metaphysics. It is the possibility of doing metaphysics explicitly which preserves its relative autonomy within natural science. There are two features which distinguish the proper practice of metaphysics from its implicit form: criticality and systematicity. Metaphysics proper is critical insofar as it properly delimits the various questions with which it is concerned and the ways they are related from an a priori standpoint. This is just to say that it proceeds on the basis of the critique of metaphysics discussed earlier. Metaphysics proper is systematic insofar as it attempts to provide a unified answer to all of these questions which takes into account the whole variety of a posteriori considerations provided by the various natural sciences. This is just to say that it attempts to unify the various metaphysical debates implicit within natural sciences as a whole.

Metaphysics’ autonomy stems from these two features. On the one hand, metaphysics has a distinctive relation to a priori considerations that are independent of the natural sciences (the critique of metaphysics). On the other hand, it is the most abstract form of a posteriori discourse, situated within the natural sciences only insofar as it plays a unifying and organisational function in relation to them. Conceived this way, metaphysics stands in a reciprocal relationship with the  natural sciences. It is in a position to provide the abstract conceptual foundations which organise them, while at the same time it must be sensitive to their subject matter, insofar as it is through this sensitivity that its concepts are open to revision.

Now that we have sketched an account of the relation between metaphysics and natural science, we are in a position to consider two potential objections. The first objection is that this account of metaphysics does not go far enough in making metaphysics an a posteriori discipline, because in retaining a place for a priori concerns it reintroduces a kind of illicit form of intellectual intuition inimical to empirical science. There are other forms of this objection which derive their hostility to the a priori from different quarters, be it from radical materialism, historicism, or general scepticism, but we will not address them here. By contrast, the second objection is that the account goes too far in making metaphysics an a posteriori discipline, because in doing so it surrenders what is traditionally a philosophical pursuit to the sciences wholesale. Philosophy thereby becomes a slave to the sciences, and metaphysicians must abandon their armchairs for the laboratory, to test their hypotheses directly.

I think that both of these objections are motivated by a misunderstanding of the nature of intuition, and how it relates to the a priori / a posteriori distinction.

What distinguishes a discourse as a priori is not that it includes appeals to some special form of intuition, as if we allowed some fundamentally different kind of observations to function as reasons within it, but rather that it excludes all observations and claims about particular attitudes, or disallows them from functioning as reasons. It is not a special form of subjective certainty that distinguishes a priori claims, but rather a special process of challenge and justification. We may not appeal to the common sense ‘intuitions’ of analytic thought experiments any more than we may appeal to the pure ‘intellectual intuition’ of classical rationalism. This austere form of discourse can concern itself with nothing but the structure of rationality itself, and its only criterion of truth is that of pragmatic contradiction. This is a very deflated notion of the a priori, but it is perfect for the purposes of the critique of metaphysics.

What distinguishes a discourse as a posteriori is not that every claim made within it is subject to direct confirmation or disconfirmation in intuition. As Quine has shown us, the connection between our more general theories and the particular experimental observations against which they must be judged is an indirect one, mediated as it is by more particular theories and the auxiliary hypotheses that underlie the experimental apparatus. Observation forces us to revise our theories, but the revision is often very underdetermined. The deeper one gets into the web of belief, the more options for revision are on the table, and the more creative one has to be. Extending the metaphor then, metaphysics is what lies at the centre of the web. It is the most abstract theorising that is still subject to the trial in experience. This means that it is subject to this trial by way of the scientific theories it takes as its matter. Just as the way the scientific theories change is underdetermined by experiment, so is the way metaphysical theories change underdetermined by scientific theory change. The metaphysician is no more a slave to the scientific theorist than the scientific theorist is a slave to the laboratory technician, but neither has the option of ignoring them.

Metaphysics thus requires a delicate balance of a priori and a posteriori work. On the one hand, the critique of metaphysics is essential not only because it provides metaphysics with a dimension of autonomy from natural science, but because without it we do not understand precisely what it is that is independent. On the other, metaphysics cannot isolate itself from science without weakening its claim to describe the world as it is in itself. Metaphysics shares it’s object with science only to the extent that it is in dialog with natural science. This dialog need not require the metaphysician to get out of his armchair, but he should at least be able to reach the odd book.

10 thoughts on “Science, Metaphysics and the A Priori / A Posteriori Distinction”