Sufficiency demands the certitude and absoluteness ending in the principles of philosophy. Non-philosophy can on the contrary support and promote a practice of philosophy–and not a “pure” non-philosophy–by hypothesis rather than speculation, without sufficiency or exhaustiveness. The hypothesis is in every way a fundamental concept of non-philosophy but it is even more so for this “application” to which it gives rise. It allows admitting the coexistence of multiple positions, contrary from the point of view of their sufficiency, yet no longer understanding them as contraries or even as “positions” but as transcendental orders or transcendental Identities. Veritable differences of order are no longer determined by the war of philosophical interests but arise from multiple transcendental identities which are so many hypotheses. The engagements of philosophies, concepts, and names of philosophers are no longer the occasion of a hierarchization, the hypothesis being in-the-last-instance the form of equivalence of engagements. Likewise, we could suppose that the simulation has modified relations between theory and experience in the contemporary sciences, we could suppose that, understood in this sense, the hypothesis will transform the relations in philosophy which rule over the transcendental and the empirical while displacing one of the major problems of philosophical objectivity: the respect of the sciences and facts must accommodate themselves for the philosophers in their personal philosophical histories, that which leads them to perpetuate a vicious dialectic between the model and the elevated, the master and the disciple, against the other supposedly inauthentic positions. “Philosophizing by hypothesis” is a way of giving a meaning to a love-without-master-and-without-disciple in philosophy, and making of the latter a veritable oecumine for the Stranger. Philosophical individuation is then considered “ordinary” and no longer as the effect of a narcissistic difference.

If non-philosophy rigorously takes philosophy as reduced occasion and as “object,” nothing prevents us from supposing that this object possesses the degree and nature of autonomy which accords it this new axiom. In this case, non-philosophy modifies the practice of philosophy itself.  It is a postulate there in the sense that no rule can allow us to preview the concrete nature of such effects. It is not simply a question of relating the content of the material to the One according to rules which deliver philosophy from its sufficiency, but of practicing philosophy, psychoanalysis, ethics, etc. in such a way that they satisfy the requisites of non-philosophy under this axiom. This schematism of non-philosophy in this material contributes to transforming the practice of philosophy in several ways. From the point of view of “pure reason,” philosophy would proceed by hypotheses and first terms, there would be as many philosophies as examples of the mixtures between the empirical and the transcendental. From the aesthetic point of view, every philosophical project would have its own style which could individuate it: this is one of the meanings that could be given to “artificial philosophy.” From the ethical point of view, radical evil, which concerns the World, would be judged as the lure that the distance of philosophy from the Real producing the essence of human solitudes on the basis of radical misfortune. Every concept elaborated by non-philosophy could be reintroduced into its original discourse and enrich it without for all that reproducing a logic of sufficiency. This schematism would be a positive and liberating transformation of the material in itself.

END_OF_DOCUMENT_TOKEN_TO_BE_REPLACED

First Elucidation of the Determination-in-the-Last-Instance (DLI)

The determination-in-the-last-instance, invented by Marx-Engels for historical Materialism, never received from them a concept adequate enough to simultaneously produce all the theoretical and critical effects within its capacity. It has been understood in a far too empirical manner, applied on models of ontico-regional, physical and chemical causality (theory of gases, composition of forces) completely inadequate for the foundation of a new science of history and society, let alone the thought-world. It has thus been fashionable to dialectize and re-philosophize it, to fold it with what should justifiably replace and suspend it, the dialectic as essence of philosophy under its most theoretical and idealist form across its materialist reversal apparently more capable of giving it its fecundity (confusion of the Real of immanence with matter). Marx’s great discovery—uni-lateral causality against all philosophical phantasms of reciprocity and convertibility—has remained fallow without having been exploited in its non-philosophical power (puissance), more heretical than philosophically “revolutionary.” So as to elucidate it in our style, i.e. make its Marxist forms appear as simple symptoms and models of a more radical concept of causality, the method follows three periods, the third being the most important for our purposes. The first reassembles its Marxist statements and usages—these are known. The second consists in “listening to” the first immediate, quasi-phenomenological suggestions which contain the same formula of “DLI” and in treating them as a prioris which give the DLI and which must be transformed. The third, which we will particularly develop, endeavors to “ground” in a real-transcendental way, i.e. here and better still, to determine these a priori traits as belonging to the same Real or to the immanent infrastructure as its innermost causality (causalité la plus propre).
END_OF_DOCUMENT_TOKEN_TO_BE_REPLACED

In their complete notion, men or humans are existing-subject-Strangers, determined-in-the-last-instance by the Real or the One as Ego-in-Ego. Ego-man, contrary to the philosophical Ego, is foreclosed to the subject, but the latter, insofar as it presupposes it, effectuates its uni-versality for the World.

As a philosophical concept, man is a humanoid simultaneously traced from the anthropoid which has hardly gone beyond Greek anthropological thought and the Judeo-Christian “creature.” Philosophy has oriented the human around the Cosmos, Physis, Being, Spirit, Will to Power, etc. as so many abstract and puppet [fantoches] entities which imply the dismemberment of man into attributes (power, language, sex, society, politics, etc.) with which it has attempted to artificially recompose him. The pro-thetic, anti-thetic, syn-thetic—artificial—man of philosophy (and not only of anthropology or the human sciences to which the thought-world assigns its dirty work) is this “sublime abortion” which must give birth to the “overman.” Philosophy desires the inhuman, the pre-human, the all-too-human, the over-human without recognizing the “ordinary” nothing-but-human. The philosophical heaven is populated with anthropoid and artificial creatures, Dasein included, which escape from a cloven thought and lead to a host of masks and travesties, after which demons and angels become fully rationalized. Humanism is an inferior angelism and a lie concerning man. Because of this dishonor, philosophy is saved with great difficulty through the thesis of a theoretical anti-humanism (Althusser) which will not have been sufficiently radicalized.

Non-philosophy is like a negative universal thought which can be effectuated, for example, in the language of a science-of-men rather than sciences-of-man. Determined-in-the-last-instance according to the Ego-in-Ego, radically non-anthropoid, it manifests the essence of the existing-subject-Stranger essentially from the force (of) thought. But the latter is a general and even universal matrix and must be modulated by the a prioris of a unified theory of philosophy and sociology, psychology, psychoanalysis, ethnology, etc. It is a question of making equivalent in the disciplines of the human sciences a thought whose content-in-human and content-in-science are assured without demanding the exclusion of philosophy pure and simple. The civil war between philosophy and the human sciences can only find its peace treaty outside itself and in a different conception of man. Non-philosophy is a rigorous heresy: it makes of man a being-Inseparate (from) self, and thus Separated-without-separation from the World. In other words, for one of the first times it has become possible to definer man in a “formal” way without formalism; to constitute him as an axiomatic rather than philosophical object. Man is precisely the Real foreclosed to philosophy. The latter can only imagine what is alone the “existent” and “non-existent” which can be set into axioms and which only tolerates—so great is its autonomy—axioms. Where there is man, the thesis and principle are excluded. Where there is the human, thought must be axiomatized and renounce its sufficiency. 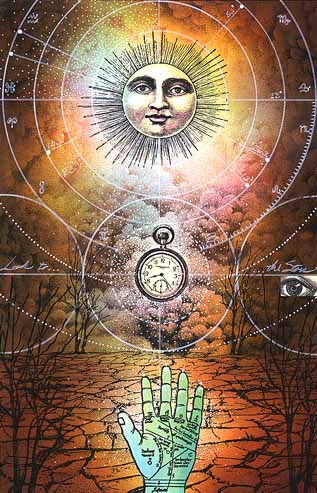 "Non-philosophy is a rigorous heresy"

END_OF_DOCUMENT_TOKEN_TO_BE_REPLACED

The nature and procedure of the formation of the primary terms of non-philosophy, of its non-conceptual symbols, starting from philosophical concepts concerned with philosophical intuitiveness and naïveté. 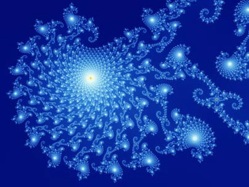 Axiomatics is initially a scientific object. It is the organization of a theory or a fragment of a theory in order to empty the terms of their empirical or regional contents and to explicitly reveal the logical apparatus which connects them and becomes through this their only contents. There is a philosophical reflection on the axiomatic (Aristotle), but there are few examples of axiomatization in philosophy itself, if not perhaps in Descartes’ Responses, Spinoza’s Ethics and Fichte’s Science of Knowledge. In all these cases it is a matter of an ontological axiomatization, still largely intuitive. In the sciences, more or less complete attempts at axiomatization were made in particular by Hilbert in geometry, by Jean-Louis Destouches in quantum physics—i.e. above all in fields where unexpected innovations (non-Euclidean geometries, Heisenberg’s ‘uncertainty’ principle) required theoretical reorganization to legitimate their rigor. The epistemology of Mario Bunge draws conclusions from the postulate that it is in theory possible to axiomatize any scientific discipline. But axiomatization is an effort of reorganization which comes with the aftermath—even after a crisis—in the goal of examining the validity of a theory and the formalization of its relations to other theories which, in any event, has known limits (Godel). It is more a theoretical instrument than a theoretical project of the foundation of science.