Translator’s Note: In order to avoid any sort of confusion, it should be noted that this article was included in an anthology of essays engaging various aspects of non-philosophy in contemporary philosophers. This article immediately follows Laruelle’s own essay responding to Deleuze, but was–for reasons that will become clear after reading–published under the pseudonym Tristan Aguilar.

Badiou and Non-Philosophy: A Parallel

I. Everything seems to force the opposition between non-philosophy and the philosophy that takes the equation mathematics=ontology as its ontological base. This opposition can be identified on four levels:

1. The central and guiding theme: on the one hand, a philosophy of the radical Multiple (Badiou=B.); on the other hand, a non-philosophy of the radical One (Laruelle=L.). One cannot, at least at first glance, imagine thoughts more extreme or more opposed in their common research of radicality in the name of anti-contemporary radicality (the philosophies of difference: Nietzsche, Heidegger, Deleuze, Derrida).

2. The object of thought: on the one hand (B.) Being, a more-than-fundamental ontology, a veritable ontological base for philosophy, an overhaul of the concept of “being” as first: on the other (L.) a secondarization of being as an instance of a completely relative autonomy on behalf of the One as radical immanence or instance of the absolutely non-objective real; a global and resolute refusal to understand the real as Being and consequently a refusal to understand the essence of thought, if not thought itself, as ontology, be it “Presence” or not.

END_OF_DOCUMENT_TOKEN_TO_BE_REPLACED

Chapter One:
Individuation of Perceptive Units and Signification

1. Segregation of perceptive units; genetic theory and theory of holistic grasping determinism of the good form.

First of all, a problem of individuation can be defined relative to perception and knowledge taken in their totality. Without prejudging the nature of perception which can be considered as an association of elements of sensation or the grasping of a figure on a background, it is possible to wonder how the subject grasps separate objects and not a confused continuum of sensations, how it perceives objects having their individuality already given and consistent. The problem of the segregation of units is solved neither by associationism nor by the psychology of Form, because the first theory does not explain why the individualized object has an internal coherence, a substantial bond that gives it a true interiority that cannot be regarded as the result of association. Habit, which is then called upon to guarantee the coherence and the unity of perception, is in fact a dynamism that can communicate to perception only what it has itself, namely this temporal unity and continuity which are inscribed in the object in the static form of the unity and continuity of the perceptum. In this genetic theory of pure appearance that constitutes associationism, the recourse to habit (or, in a more diverted form, to a bond of resemblance or analogy which is a statically grasped dynamism) in fact constitutes a debt to a concealed innateism.  Mere association by contiguity could not explain the internal coherence of the object individualized in perception. The former would remain simply an accumulation of elements without cohesion, without mutual attractive force, except the ones compared to the others partes ex partes. However, the perceived object does not merely have the unit of a sum, of a passively constituted result by a “vision in reverse” that would be the practice and the series of repetitions. The perceived object is so unlike a passive result that it has a dynamism allowing it to change without losing its unity: it has a unity, autonomy and a relative energetic independence that makes it a system of forces.

END_OF_DOCUMENT_TOKEN_TO_BE_REPLACED 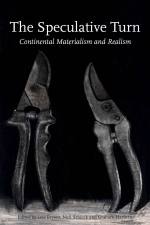 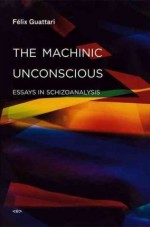 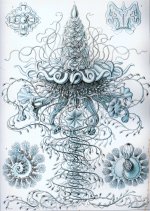